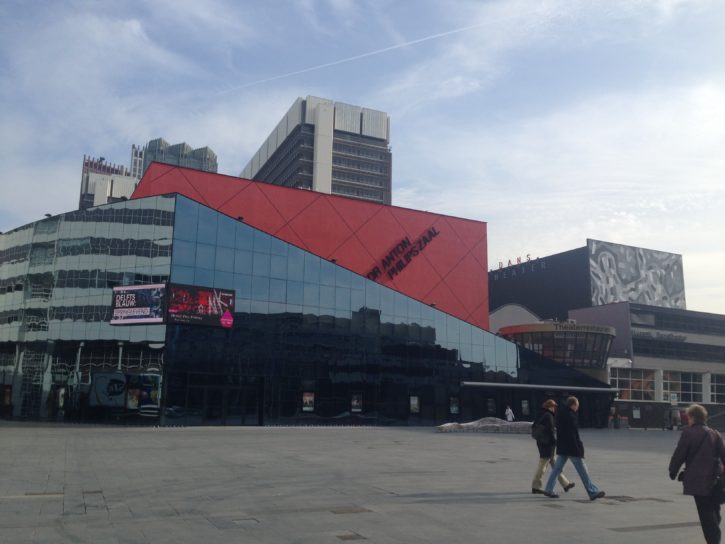 The home of NDT

The city of The Hague in Holland is much more than the thousands of bikes swerving and racing through the streets that threaten to knock you off your feet.  In the heart of it all sits the home of Nederlands Dans Theater, a Company whose beautiful and technically fantastic dancers have been touring the UK since 1997. This world-famous Dutch company could probably even take the credit for where Dance Consortium began.

Does this mean I'm now not only a member of NDT, but the most beautiful member..?

The seeds of Dance Consortium were sewn with Nederlands Dans Theater 2. The Company was first toured in the UK by Sadler’s Wells in 1997 with funding from Arts Council England. Unbelievably at the time the only other international contemporary dance company that had toured the UK was Mark Morris Dance Group. The NDT2 Tour was a big success and was followed by further tours in the next two years. Theatres across the country could see how contemporary dance from different parts of the world would complement the national contemporary companies and introduce UK dance audiences to new styles. In 2000 a meeting of 19 large scale UK venues was called and Dance Consortium was born. It has since arranged 33 tours by international companies including four tours by NDT2.

With talks of a future Dance Consortium tour by NDT2 a couple of us headed over for the annual spring premiere of  NDT2 and to meet with the Company’s Manager of Planning & Touring, Linda de Boer, to discuss dates and logistical arrangements. For me, it was the first time I’d been to NDT’s home, seen the company or visited The Hague. I was very kindly given a tour of their fantastic building, a real gem for a dance company when it opened in 1987. It has 4 Studios for both NDT1 & 2 to rehearse in, a large green room for the dancers to rest during breaks from class, rehearsals and performances, plus a separate space for visiting companies. The stage is so enormous I was certain it could fit half of the street I live on into the stage space alone! 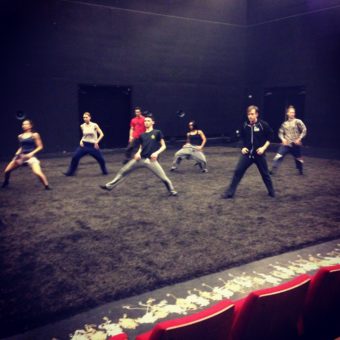 NDT2 in rehearsal for B.R.I.S.A

The programme for that evening’s performances was Sol León & Paul Lightfoot’s Postscript, followed by the premiere of B.R.I.S.A, the latest creation from Johan Inger. I always judge a performance by whether I want it to end or not. I could have sat in the theatre watching the company for hours. They moved beautifully together in Postscript, the choreography allowing them to show off their exquisite technical skill. Johan Inger’s B.R.I.S.A was entertaining, beautifully danced, comical and thought provoking.  Postscript has already toured in the UK but I could see B.R.I.S.A being hugely popular here.

The trip to The Hague has turned me into a huge NDT fan. If, like me, you can’t wait for a possible announcement of an NDT2 tour in the future then make sure you get yourself to Sadler’s Wells in July for NDT1!

On Saturday 4th June watch the Ailey company's performance Testament, in the BIDF.

Hear from Dance Consortium’s Executive Director Ros Robins in an interview with the Yorkshire Post.

We’ve created a short film to explore our highlights from over the last 20 years.

New appointments to the Board and team at Dance Consortium